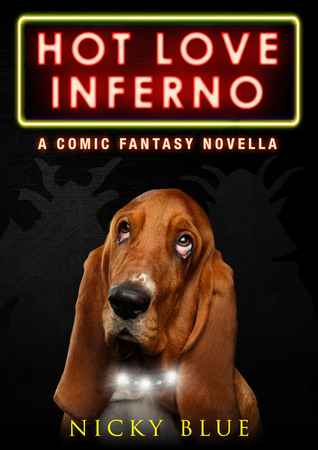 I don’t know what to think of this books exactly. I liked and I don’t liked it so its a hard to write a review for such one. But I tried so here is something:

Synopsis (as on Goodreads)

A half-woman, half-cockroach fused in a bizarre gardening accident? That would be Mrs Jittery Twitch, dwelling in the shadows of our misdeeds. If in danger, you can call upon her help… all she asks is your soul as payment. But she’s just a legend, so no need to worry.

Barry Harris is a 28-year-old man, still living with his dear old mum in a little flat above a hairdresser. His obsession with Star Trek and the martial arts won’t help him when he’s forced out on a date.
And nobody knows about the weird string of events that’s about to put everyone’s lives in danger. A trio of samurai warriors and the strangest offer of help lead Barry on a perilous mission to save the day.

(This book is the second in the Prophecy Allocation series but works fine as a standalone read.)

Why you should read this book:

It explains revolutionary insights into the nature of reality that debunk the myth of free will (probably).
It proves the multiverse has only two parallel universes (depending on your criteria for what makes up proof).
It contains 50% extra innuendo-based gags than Book One in the series. Some of them might be considered funny (again this is relative).
The author achieved a heightened dynamic tension not found in other books. He was heavily constipated during its creation. There may be a link. The author is no way suggesting that this makes it better than every other book ever written.

Warning: The book is written in British English. All British slang terms are helpfully translated for the international reader, along with a short explanation of why British people are a little strange.

The start was slow and made me lazy. May be it was because the story is set in a lazy town you imagine to have a very few people and rarely anything new. The book, in all, is funny and sometimes a bit annoying because of the dumbness of the characters.

Though not the story but the major part was predictable regarding Mrs. Jittery Twitch, it was a bit funny too even though it should have been scary. The murdering scenes, which were supposed to be scary and shocking was nothing of such sort. The people were being beheaded everywhere as if it is no big deal. And the way it was written, made beheading feel like nothing.

The story was kind of scattered and nothing summed up until the first attack from the ‘samurai’. The book was supposed to be scary but was mostly funny because of the silly things done by characters. 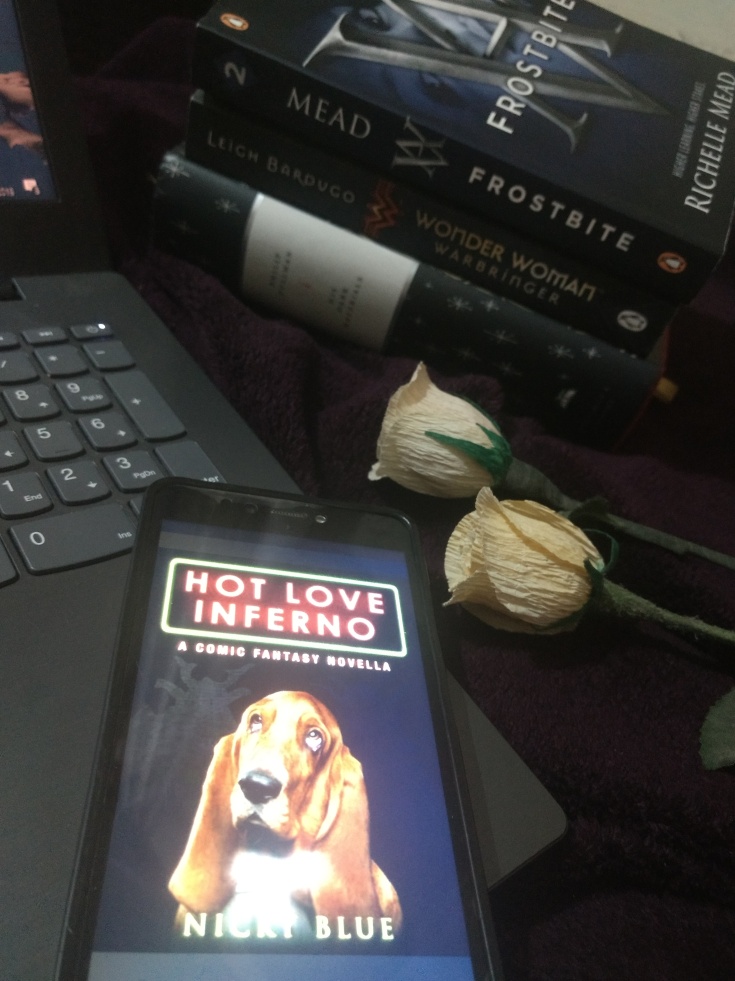 The characters though were silly and annoying and funny, they were amazingly created and after a chapter of two, it was easy to understand them. They all played a role and had something interesting to say.

The story was interesting and though it had a lazy vibe, the way it was written kept me going, even at a very slow pace.

The book, Hot Love Inferno, was a very lazy read with excitement but not much. The story mostly annoyed me and I wanted it to be finished soon.