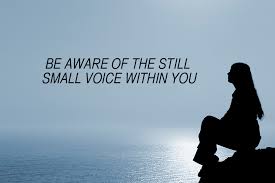 Conscience: a person’s moral sense of right and wrong, viewed as acting as a guide to ones behaviour but you know how I’d like to define it. A feeling of constant guilt and pity.

I envy those who don’t have any of it. What’s the use of conscience if the whole world is doing wrong and living in constant guilt and then there are some who don’t have it. Let me rephrase that: and there are rest who don’t have any and trust me, they are better off without it. I mean, what special have I done with it. I used to be proud of it, that while doing something wrong I understand it and then stop it when I find it wrong or evil but that was when I was naive, when I wasn’t force to choose wrong, when I had the advantage of invisibility. But then I stepped out into the world and hell with my conscience because with its existence, life is way more difficult than it could have been without it.
Why does it matter now whether I know this wrong or right because in the end I’ll have to do the wrong, without my choice. And then live with the knowledge. Killing myself every second, planning to escape out of the situations that make me do such things but then I have to do again and again and again and I keep killing myself with every deed.
I wish I had no conscience to start with, I wish I was as black as rest of them but…..should I be making such wishes? Wouldn’t it be wrong to be ungrateful for what I have?

4 thoughts on “Conscience: better without it.”